As a warning to those interested in the IoT (Internet of Things).
Hackers stole the High Roller Database of a casino using, of all things, a Smart Thermometer.

The hackers used the weak security of the thermometer to connect through to other devices on the casino’s network. They downloaded the database and no doubt it used for a range of targeted Phishing Scams on those listed within ( pun intended 😉 )

IoT devices seem harmless, but can be the week link in any organisation’s security. They rarely have much in the way of encryption or security. They are just inexpensive devices performing mostly one function.

CCTV is a classic example of an IoT device, and have been compromised since at least 2014 as this article explains – the site in question still exists.

For IT security advice and consultation, contact us here.

Many people have heard of 3D printing but don’t really know what it is or what it’s for. Below I’ll go through […] 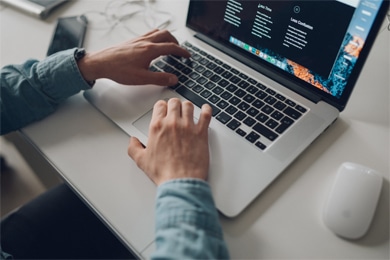 Security researchers have discovered a malicious word document that spreads malware on either OSX or Windows operating systems. The malware attempts to […]

<Update> Most browsers seem to have the problem fixed, if you still see the issue, check for updates to your browser</Update> If […]